Landlords required by law to fit smoke plus CO detectors

This legislation on smoke plus CO detectors followed an announcement by Housing Minister Brandon Lewis on 11th March 2015 (Gov.uk, 2015).

A Derbyshire landlord received a suspended prison sentence for failing to maintain a faulty gas boiler resulting in the avoidable death of their tenant, Stephen Newton.

Stephen was found dead by his friends on his 51st birthday at his rented property at The Brickyard, Stanley Common, near Ilkeston, on 29 December 2009. He died from carbon monoxide (CO) poisoning. Smoke plus CO detectors could have prevented his death. Paradoxically, the new legislation would not have protected Stephen, since it does not apply to gas boilers.

Susan Davies, Stephen’s partner, was almost overcome by the CO fumes,  but was fortunate enough to be found in time to make a full recovery. A neighbour was also hospitalised.  Ironically had the neighbour had a solid fuel burner and been a tenant the law on smoke plus CO detectors would have protected her from the gas boiler CO fumes.

The investigation found that the boiler, believed to have been installed in 1982, was producing high levels of CO affecting both the landlords property and adjacent housing.

The court heard that the boiler had been reconnected by the tenant, despite being condemed as dangerous and disconnected; the flue was too short and could be affected by the wind; the ventilator was fitted with fly screens blocked with dust and the boiler had not been serviced for some time.

The landlord was sentenced at Derby Crown Court and pleaded guilty to seven breaches of the Gas Safety (Installation and Use) Regulations 1998, and was given a 16-month prison sentence, suspended for two years. The landlord was also given 200 hours community service, fined £4,000 and ordered to pay costs of £17,500 (HSE, 2013).

“[The landlord] should have taken all reasonable steps to ensure the property’s gas fittings and flues were checked for safety every year, maintained in a safe condition and that the gas boiler was properly serviced.”

Following this case in 2013, it was apparent that the cost of detectors was ludicrously irrelevant when considering the well-being and safety of our tenants.  Fitting not only Carbon Monoxide (CO) detectors, but Gas Detectors too, it became Bob Leydon’s mission to ensure maximum tenant safety, a step subsequently vindicated by this new law.

Whilst some landlords may view this measure as an additional financial burden, a tenant’s safety is paramount – to say nothing of a landlord’s liberty!

DIY superstores are awash with battery operated (CO) detectors – costing a miserly £13.00 each in B&Q Canterbury. The legislation does not stipulate a requirement for battery or mains wired detectors.

What is Carbon Monoxide (CO)?

Carbon monoxide is an invisible gas without, smell or taste. Breathing enough of it, can cause permanent heart, lung, or brain damage and even kill!  Hence its nickname “the silent killer”. Carbon monoxide can be given off by any appliance burning fossil fuel such as gas, coal or oil. It can enter a room if an appliance is faulty, or if the room is not properly ventilated, or the chimney or flue is blocked.

To ensure that appliances are safe, have them properly installed and regularly maintained and serviced at the start of each tenancy by a registered Gas Safety Engineer (Kent Fire and Rescue, 2015).

Landlords, here’s what you need to do: 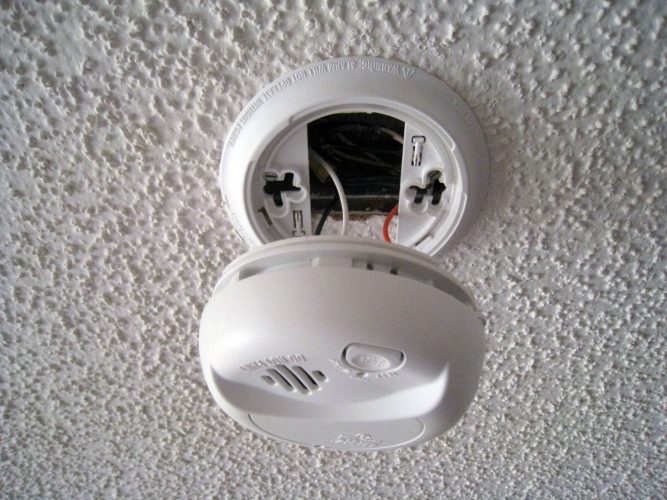 Landlords, why not go a step further? Fit a gas detector at the same time. Or go yet further and have both detectors mains wired –  thereby minimising any risk of non-compliance due to defective ‘battery-only’ detectors.

Authorities aware of non-compliant rented homes have new powers to issue landlords with a ‘remedial notice’, granting 28 days to comply.  Thereafter landlords can  expect to be served with a penalty charge  of up to £5,000 (Derbyshire Fire and Rescue, 2015) – and face prosecution!

Landlords, how far are you prepared to go to ensure your tenants’ safety?

To Be or Not To Be - A Property Manager

A petition set up by Durham student Alex True to oppose the rise in the cost of a student loan is to be debated in parliament on 18 July at 4.30pm.